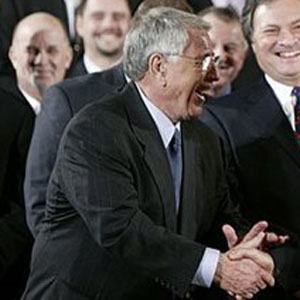 He was a deeply devout Catholic, and credited his teams' success to Saint Thérèse of Lisieux.

He had two daughters and two sons with his wife Carol Isley.

He was the second-oldest coach in MLB history when he took over the Marlins in 2003. Connie Mack, however, was the oldest coach.

Jack McKeon Is A Member Of