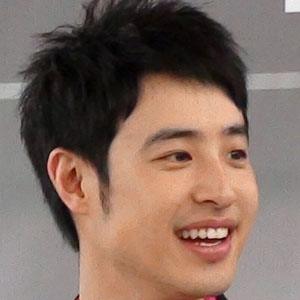 American Taiwanese singer, actor, and rapper who won a Golden Bell Award in the Best Leading Actor in a Television Series for the series Endless Love in 2011.

He went to California State Polytechnic University Pomona before leaving to start his career in music.

He was named Most Popular Male Singer of the Year at the 3rd Annual Global Chinese Golden Chart Awards.

His father was a psychology professor and his mother is of Fujian descent.

He was featured in Christina Milian's song "Dip It Low (Asian Mix)."

Wilber Pan Is A Member Of