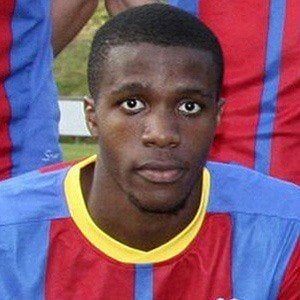 Winger and striker who joined Manchester United in 2013 after spending three seasons with Crystal Palace; became a member of the English national team in 2012. He began playing for Ivory Coast in 2017.

He moved to Thornton Heath at age 4 and was educated at Selsdon High School.

He was voted Young Player of the Year by The Football League in 2012.

He was raised as the youngest of eight brothers.

He joined Wayne Rooney on Manchester United in 2013.

Wilfried Zaha Is A Member Of