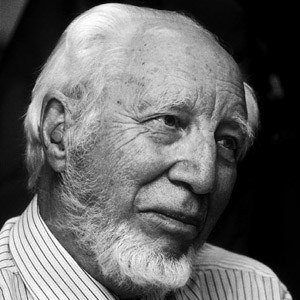 Physician who replicated the function of kidneys through the world's first dialysis machine.

While fighting in the Dutch Resistance during World War II, he built the first artificial kidney.

He built the first dialysis machine with parts scavenged around from the war, and even included part of a wrecked German fighter plane.

He had five younger brothers.

Renee Laennec was another physician whose invention, the stethoscope, helped to advance the practice of medicine.

Willem Johan Kolff Is A Member Of