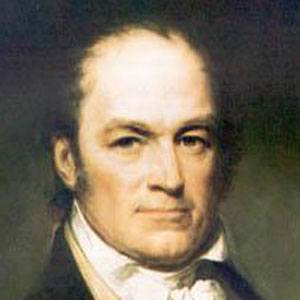 His first foray into politics was to represent Georgia in the Senate from 1807 to 1813. He advanced quickly and was elected President pro tempore in 1811, having to serve as Acting Vice President when George Clinton died in 1812.

He was a member of the Columbian Institute for the Promotion of Arts and Sciences, which also hosted Andrew Jackson and John Quincy Adams as members.

He was married to Susanna Gerardine, with whom he had seven children.

William H. Crawford Is A Member Of