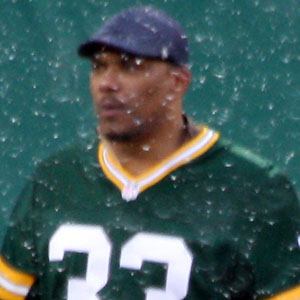 Fullback who played in the NFL from 1995-2006, spending his entire career with the Green Bay Packers.

He played college football at the University of North Carolina, before being selected in the 3rd round of the 1995 NFL draft.

He married Brigitta Henderson during his career, and has two children with her.

He spent his entire career playing alongside quarterback Brett Favre.

William Henderson Is A Member Of