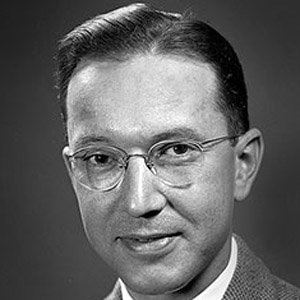 American physicist who was a member of the team at Los Alamos National Laboratory that developed the first nuclear bomb and who later became a leader in the nonproliferation movement.

He earned his undergraduate degree from Williams College in 1932 before working on the radar system at MIT from 1941 to 1943.

In 1958, he created Tennis for Two, the first interactive analog computer game and one of the first electronic games to use a graphical display.

He had a son named William B. Higinbotham.

Like Albert Einstein, he worked on the first atom bomb at Los Alamos National Laboratory.

William Higinbotham Is A Member Of