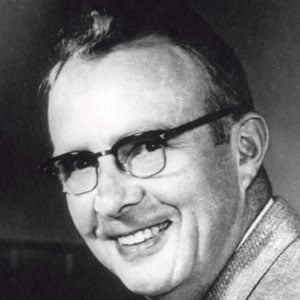 Revered physicist who received the 1968 Nobel Prize in Physics for his hand in designing a liquid hydrogen bubble chamber. He was also involved in high-profile projects like the Manhattan Project and the x-raying of the Egyptian pyramids.

He received his PhD from the University of Chicago in 1936.

In collaboration with his son, he formed the hypothesis stating that the extinction of the dinosaurs came about as a result of an asteroid.

He worked with Robert Oppenheimer on the Manhattan Project, which produced the first atomic bombs, during World War II.

Luis Walter Alvarez Is A Member Of