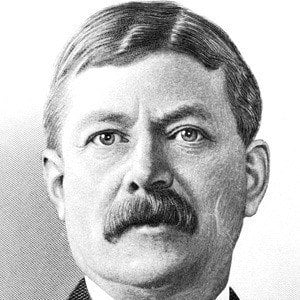 Playwright and poet whose most successful works for the stage include "The Great Divide" and "The Faith Healer."

He studied at Harvard University, where he received the George B. Sohier Prize for literature.

He taught English and rhetoric at the University of Chicago in the early 1900s.

He married Harriet Converse Tilden in 1909, a year before he succumbed to brain cancer.

Carl Sandburg was another well-known, Midwestern-born poet who spent time in Chicago.

William Vaughn Moody Is A Member Of