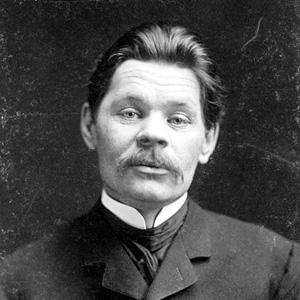 Leading novelist and playwright of the early Soviet Union who wrote Twenty-six Men and a Girl, and The Mother.

He took on many jobs while traveling across the Russian Empire on foot for five years. The jobs would later influence his writing.

His novels and plays helped found the Socialist Realism movement.

Both of his parents died by 1877. He was married to Yekaterina Peshkova from 1896 to 1903 and Maria Andreyeva from 1903 to 1919. He had three sons, Zinovy, Maxim and Yuri, and two daughters, Yekaterina and Catherine.

As a famous Soviet author, he read his fairy tale A Girl and Death to Joseph Stalin and his visitors.

Maxim Gorky Is A Member Of