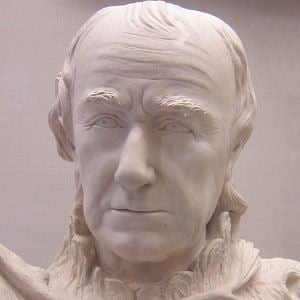 Remembered as one of the premiere sculptors of early America, he created an 1812 neoclassical sculpture titled Fourth of July in Center Square, as well as the famous Comedy and Tragedy sculpture that once stood outside the Chestnut Street Theater in Philadelphia and was later displayed at the Philadelphia Museum of Art.

In his teens, Rush studied with a wood artist named Edward Cutbush and began carving wooden figureheads for ships. Later, he fought in the American Revolution and went on to establish a woodcarving company that serviced the United States Navy.

A politician as well as an artist, he served for twenty years on the Philadelphia City Council.

He was born in Philadelphia, Pennsylvania, to Rebecca Lincoln and carpenter Joseph Rush.

He was one of the founders of the Pennsylvania Academy of Fine Arts. American Impressionist painter Mary Cassatt studied at the institution during the 19th century.

William Rush Is A Member Of