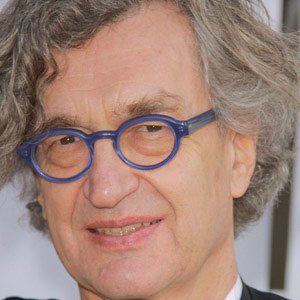 Director who won the prestigious Palm d'Or at the 1984 Cannes Film Festival for his film Paris, Texas. He also directed the feature films The State of Things and Wings of Desire and the documentaries Buena Vista Social Club, Pina and The Salt of the Earth. In 1996, he became President of the European Film Academy.

He originally went into the medical field, but left to study painting. He made his feature directorial debut with the 1970 film Summer in the City.

He directed the music videos for the U2 song "Stay (Faraway, So Close!)" and for the Talking Heads song "Sax and Violins."

He was born into a traditional Catholic family. In 1993, he married his fifth wife, German photographer Donata Wenders, whom he met on the set of Faraway, So Close! He was previously married to Edda Kochl, Lisa Kreuzer, and Isabelle Weingarten.

Wim Wenders Is A Member Of