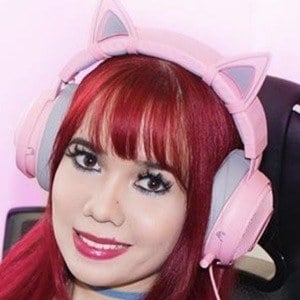 Champion competitive gamer in Mario Kart Wii well known for showcasing her love for gaming, anime, technology and cosplay on her YouTube channel Windy GirkTV. She has earned over 3.2 million subscribers on the channel. She also has a secondary English-language channel called WindyGirk.

She became a fan of video games when she was just three years old.

Her cosplay content on Instagram earned her 2.9 million followers. Her fan base is known as WindyNation. She became the first Panamanian YouTuber to reach the 1 million subscriber milestone.

Her real name is Katherine Cal Afú. She's one-quarter Chinese and one-quarter Spanish. She would watch her father play Super Mario Bros for NES when she was young. She has two pet Pomeranians named Mokita and Maple. She began dating fellow gamer Franklin GT.

In June 2016, she met the enormously popular gamers ElRubius and TheGrefg in person at the E3 Expo.

Windy Girk Is A Member Of