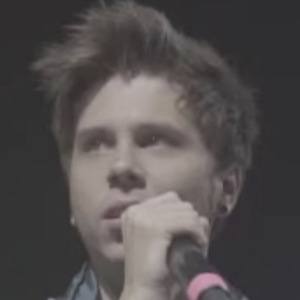 Earning the title of Spain's most subscribed YouTuber, he is a YouTube gamer and comedian with more than 40 million subscribers on his elrubiusOMG channel. He also has a secondary channel called Rubius Z. In 2018, he debuted as the lead character in the anime TV series Virtual Hero, based on a comic book that he wrote. He began appearing as one of the mentors on the reality talent show Top Gamers Academy in October 2020.

He initially posted his videos on his ElRubius channel, creating that channel in April of 2006. His most subscribed channel, elrubiusOMG, hit YouTube at the end of 2011.

He was featured as a playable character in the 2020 video game Watch Dogs Legion. He's had cameos in the movies Torrente 5 and Padre No Hay Más Que Uno. He has collaborated with Sony Pictures España on promotions for movies such as Pixels, The Interview and Men in Black: International. He has also sold merchandise on his rubiuscorp.com website.

His real name is Rubén Gundersen. He was born in Mijas, Málaga and lived part of his formative years in Norway. His father is Spanish and his mother is Norwegian. He has a younger sister. In 2016, he began dating model Irina Isasia.

In 2016, he met fellow gamers PewDiePie and Mark Fischbach at the YouTube Creator Summit.

Rubius Is A Member Of