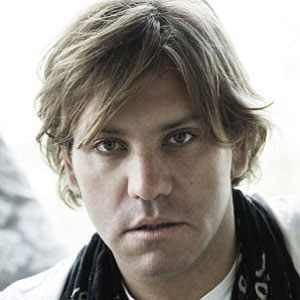 Australian rock and electronica singer and musician best known for his association with the Winston Giles Orchestra. He also recorded a 2008 solo album entitled Lovers.

During his teen years, he founded and toured with a punk rock group called Floor 13.

His Winston Giles Orchestra songs-turned-music videos include "I Got Your Love," "Los Angeles," and "Welcome to the Hotel."

He grew up in Melbourne, Australia and spent his youth creating music with his drummer brother.

He was influenced by bands such as The Velvet Underground (fronted by Lou Reed), The Cure, and The Cult.

Winston Giles Is A Member Of