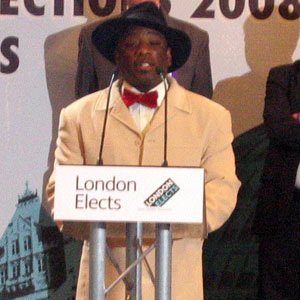 UK politician who finished last in the 2010 Independence Party leadership contest and who has been a member of every major political party in the UK.

He had many jobs including a rug salesman, a hairdresser, and a mechanic.

He was also a middleweight boxer and the All England National Amateur Boxing Champion.

He married a woman named Cheryl.

Winston McKenzie Is A Member Of