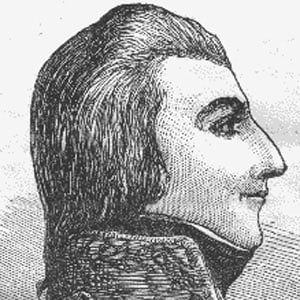 Irish politician who was one of the founding members of the United Irishmen and was known as the father of Irish republicanism.

He worked as a tutor in 1783 to the younger half-brothers of Richard Martin of Galway who was a supporter of the Catholic Emancipation.

He was captured by British forces and taken prisoner set to be executed for his involvement in the 1798 Irish Rebellion, but he died from a suicide attempt before it could be done.

He was part of the Irish rebellion of 1803 led by Robert Emmet.

Wolfe Tone Is A Member Of