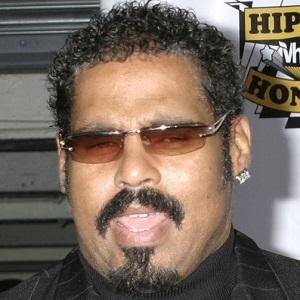 Famous for his association with the "old school" hip-hop movement of the late 1970s and early 1980s, this rapper belonged to The Sugarhill Gang. In 1979, the group produced "Rapper's Delight," the first hit hip-hop single in history.

His band's debut album -- the self-titled Sugarhill Gang -- was released in 1980.

His second album with The Sugarhill Gang, 8th Wonder, rose to #15 on the United States R&B music chart.

Born Michael Anthony Wright, he grew up in New York City and Englewood, New Jersey. His daughter, Carmen Delgina, also pursued a music career: in 2014, she auditioned for American Idol.

Wonder Mike Is A Member Of