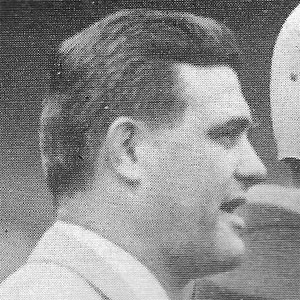 College Football Hall of Famer who compiled a career coaching record of 238-72-10 on the college level. He led the Ohio State Buckeyes to five national championships during his tenure with the school from 1951 to 1978.

He was a member of the Sigma Chi fraternity at Denison University and also played tackle for the school's football team.

He began his college coaching career at his alma mater Denison in 1946, then spent two years coaching at the University of Miami (Ohio) before being hired as Ohio State's head coach.

He married Ann Gross in 1942 and he had a son named Steven.

He and Michigan coach Bo Schembechler formed one of the greatest rivalries amongst coaches in college football history.

Woody Hayes Is A Member Of