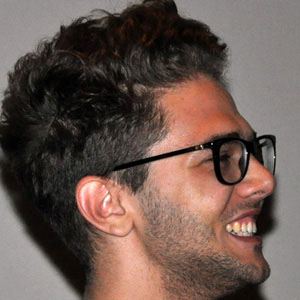 Canadian voice actor who has provided his voice for French dubs in many popular films like Finding Nemo and the Harry Potter films. Also a director, he helmed the critically-acclaimed 2014 film Mommy. In 2017, he won the Cesar Award for Best Director for his film It's Only The End of the World.

He started out as a child actor in French films including J'en suis!, Le Marchand de sable and La Forteresse suspendue.

He wrote a film called J'ai tué ma mère that he has stated was autobiographical.

His parents are Manuel Tadros, a Québécois actor and singer and Geneviève Dolan, a teacher.

Xavier Dolan Is A Member Of