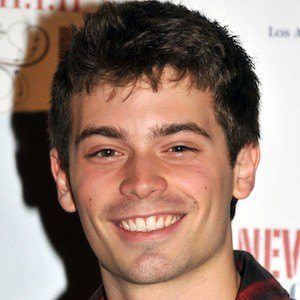 Well known for his recurring role as Damien Johanssen in the Disney series So Random! He is perhaps even better known for his voice work in the show Clarence and in the video games Halo: The Fall of Reach and Grand Theft Auto V.

While living in Atlanta, Georgia, he attended improv and acting classes between 2002 and 2007. He was a finalist in the 2006 Georgia State Governor's Honor Program.

He earned a second degree black belt in karate. He has also been a member of the Smosh web group on YouTube.

He and his older sister of eight years were born to parents named Roland and Marilyn. He was born in Fulda, Germany and raised in Peachtree City, Georgia. His step-sister is YouTuber VasseurBeauty.

He worked alongside Ben Stiller and Jason Schwartzman for his debut movie role in The Marc Pease Experience.

Damien Haas Is A Member Of