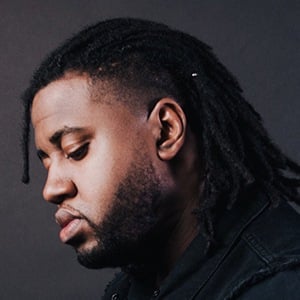 Soulful R&B crooner who rose to fame from his The Everlasting Wave EP. He's especially popular for early tracks such as "Blind Man" and "Grown Man." He embarked on his first headline tour, Pink Lightning Tour, in 2017 and sold out in over 16 cities.

He wrote and produced his first song at 12 years old in his basement on a 4 track tape recorder. He was formerly known under the alias SPZRKT and would launch his solo career in 2012.

His Spotify following hit 2 million in December of 2017.

He hails from San Antonio, Texas and grew up in a military family. His mother and siblings are also musicians; his father was a writer, producer and the minister of music at church.

His concerts have been attended by the likes of Jordin Sparks and Paula Patton.

Xavier Omär Is A Member Of