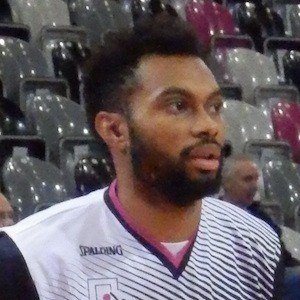 Shooting guard who was named First-team All-MAC at Northern Illinois University before playing professionally for overseas teams like Telekom Baskets Bonn. He has become a popular presence on social media, particularly Twitter, where he is famous for his reaction gifs and messages of positivity.

He grew up on the east side of Austin, Texas, where he attended Stephen F. Austin High School.

He is known for his philanthropy, having served as the owner of the Give Sports mentorship organization.

He is the son of two-time ABA All-Star James Silas.

He and small forward Kenny Battle both played for Northern Illinois University.

Xavier Silas Is A Member Of