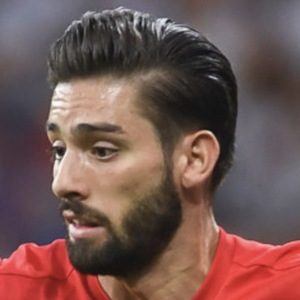 Belgian international winger who helped Monaco earn promotion to Ligue 1 in 2012-2013. He signed a five-year deal with Atletico Madrid in 2015.

He grew up playing for Genk's youth team before joining Monaco's B team in 2010. He made his first team debut in 2012.

He's represented Belgium internationally, earning his first cap with the senior team in 2015. He'd previously spent time with the U15 and U17-U21 sides.

He's of Spanish and Portuguese descent. He has dated model Noemie Happart.

He and Antoine Griezmann have played together on Atletico Madrid.

Yannick Carrasco Is A Member Of