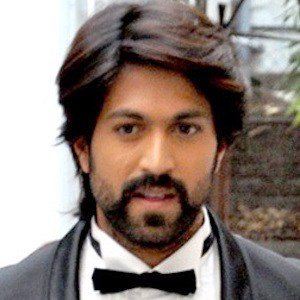 Real name Naveen Kumar Gowda, he is an Indian movie star who has won Filmfare Awards for Best Supporting Actor in Moggina Manasu and Best Actor in Mr. and Mrs. Ramachari.

Before movies, he worked on stage and was featured in soap operas on television. His film debut came in 2007 as a supporting player in Jambada Hudugi.

He earned acclaim in the form of Filmfare and SIIMA Award nominations for performances in the films Drama and Googly.

He was born in Bhuvanahalli, Hassan, Karnataka, India to parents Arun Kumar and Pushpa. His younger sister is named Nandini. In 2016, he married Radhika Pandit.

He starred opposite Kriti Kharbanda in the film Googly.

Yash Is A Member Of