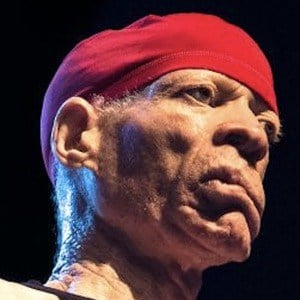 Seminal Jamaican reggae and dancehall DJ who came to prominence in the 80's with influential songs like "Zungguzungguguzungguzeng," which has been sampled dozens of times in popular music. He became an outspoken anti-violence advocate later in his career.

He grew up in a Catholic orphanage in Kingston, Jamaica. He experienced bullying from his classmates due to his albinism.

He was diagnosed with skin cancer in 1982 and was given a prognosis of just three years to live. Despite this, the cancer went into remission and he continued living a healthy life.

His real name is Winston Foster. He married Rosie Foster in 1985. His daughter Kareema is also a musician.

His song "Zungguzungguguzungguzeng" was sampled by Tupac Shakur in the song "Hit 'Em Up."

Yellowman Is A Member Of