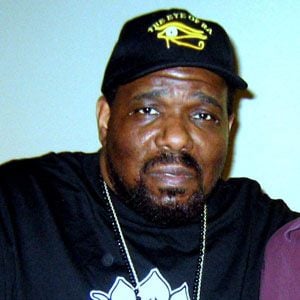 American DJ who was a pioneer in the early development of hip hop and the New York breakdancing scene throughout the 1980s. He was often labeled the Godfather and Amen Ra of Hip Hop culture as well as the father of Electro Funk.

He was a member of a gang known as the Black Spades.

In 2012, he was given a three-year appointment as a visiting scholar at Cornell University.

His mother was an activist with the Black Liberation Movement and her views informed a lot the content of his music.

George Clinton appeared on his album Afrika Bambaataa and Family.

Afrika Bambaataa Is A Member Of