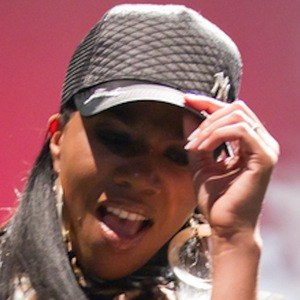 Singer who became one of the biggest names in Angolan pop with hit songs like "Pagina Virada," "Deixa Estar" and "Meu Segredo." She has earned many prestigious honors throughout her career, including UNESCO Golden Voice of Africa prize.

She was raised in Luanda, Angola.

She is a philanthropist who partnered with Chevron to fight against malaria and HIV in Angola.

She has children named Ayani and Jason with Fredy Costa.

She and Diva Ary are both famous Angolan singers.

Yola Araujo Is A Member Of