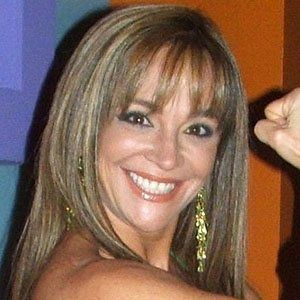 The first Puerto Rican female singer to be nominated for a Grammy. As of 2014, she has sold more albums than any other female recording artist from Puerto Rico.

She got her big break when she won a 1966 radio contest at the age of 11 and subsequently made her first public appearance on the TV show "Luis Vigoreaux Presenta".

Her song "Cierra Los Ojos" or "Close Your Eyes" from 1975 was an international hit, performing especially well in Columbia, Chile, Ecuador, Venezuela, Peru, Argentina, and the Dominican Republic.

Her first-born daughter is famed singer Noelia. In 1983, she married her second husband, famed Venezuelan singer Balbino, with whom she had her daughter Paolo. She also has a son named Imanol with Carlos Mamery, whom she married in 1989.

Her album "Luz de Luna" or "Moonlight" achieved gold record status and featured a cover of Celine Dion's "The Power of Love".

Yolandita Monge Is A Member Of