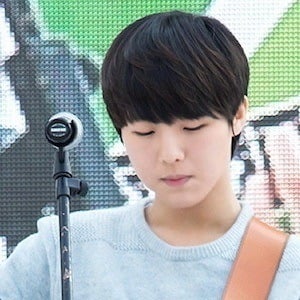 Singer-songwriter who first became known competing on Mnet's Superstar K4. He would then go on to release his debut mini-album, The First Picnic, in 2013 and his self-titled album in 2014.

He first made a name for himself competing on Superstar K4 in 2012. He made it to the top 6 before he was eliminated.

His 2013 single "U Who?" featuring San E peaked at #5 on the Gaon Music Chart after it was released.

He was raised in Seoul by his parents, Yoo Gwang-seon and Kim Sang-hee.

In 2016, he collaborated with Soyou on the track "No Sleep" for the Love in the Moonlight original soundtrack.

Yoo Seung-woo Is A Member Of