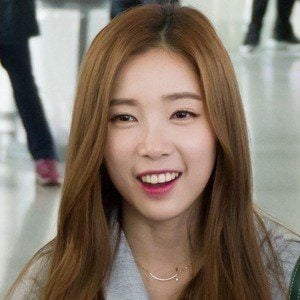 Korean singer who has performed with a number of girl groups during her career, including Puretty, KARA and April. She has appeared as a contestant on the reality shows Kara Project and Produce 101.

She grew up in Siheung, South Korea and graduated from Hanlim Multi Art School.

She was featured in the music video for Rainbow's "Tell Me Tell Me" in 2013.

She performed alongside Jeon So-min as a member of Puretty.

Yoon Chae-kyung Is A Member Of