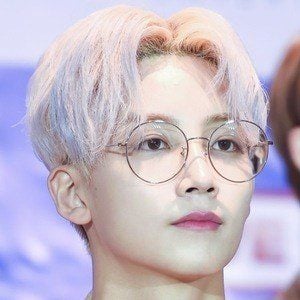 Vocalist in the Pledis Entertainment pop group Seventeen who appeared in Seventeen TV from 2013 to 2014. The group released EPs called 17 Carat and Boys Be in 2015.

His training period through Pledis lasted two years and two months. He graduated from Hyangnam High School in 2014.

He performed at the SBS Awards Festival in December of 2014.

Fellow Seventeen member Joshua Hong was the first member to approach him when he was in the training system.

Yoon Jeonghan Is A Member Of