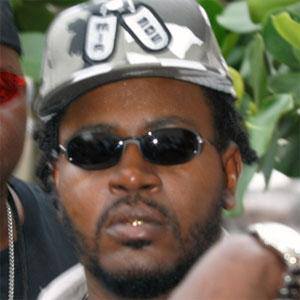 Southern rapper whose 2004 album Thug Matrimony: Married to the Streets debuted at #2 on the Billboard 200 chart. He is known for his hit singles "I'm a Thug" and "I'm So Hood."

He released his first album with Slip-n-Slide records in 1997.

He grew up with 10 brothers and sisters and 15 other half-siblings.

He was discovered by producer Luther Campbell in the early 1990s.

Trick Daddy Is A Member Of