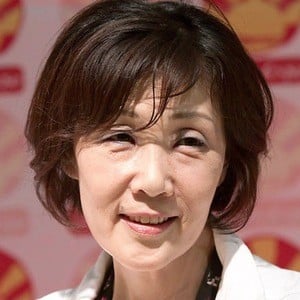 Japanese illustrator and artist who is also known for being an instructor at the School of Visual Arts. She is known for having collaborated with a range of different brands and companies including Gap, Pepsi, Apple, and Nike.

In 1999, she moved to New York City to pursue her career as an illustrator and artist. She graduated with an MFA from School of Visual Art's Illustration and Visual Essay Program. Her first self-titled monograph was released in 2011 and she followed it with Living With Yuko Shimizu through ROADS Publishing of Ireland in 2016.

In 2009, she was selected by Newsweek Japan for being one of "100 Japanese People The World Respects". She is also known for winning the Museum of Tolerance's Young Reader Award in 2014.

She was born and raised in Japan but later moved to New York City where she pursued her career in art.

Other professors known for working at the School of Visual Arts in New York include Jim McKenzie and Chris Newman.

Yuko Shimizu Is A Member Of