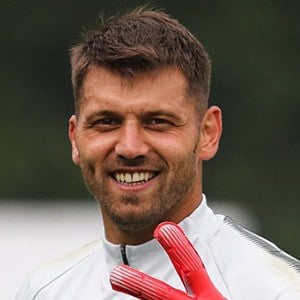 Professional soccer player who is best known for having played the goalkeeper position for Zenit Saint Petersburg. From 2013-2018 he made a total of 111 appearances with the organization.

He obtained three caps in the under 21 youth division in Greece.

He was named to Russia's FIFA World Cup squad in 2014.

He was born to Marina Stefanidu.

Both he and Leandro Paredes played for Zenit Saint Petersburg.

Yury Lodygin Is A Member Of