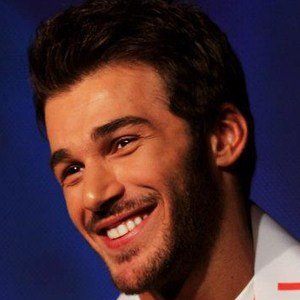 Turkish pop singer and actor known for his role as Burak in the show Cilek Kokusu. He's also known for his debut single "Olsun Bi Kere."

He first came into the spotlight as a model, coming in second in the 2011 Best Model of Turkey competition.

He has over 200,000 followers on Twitter. He graduated from the Anatolian Technical and Vocational School of Computer Technology.

He's the youngest of three children.

He and Demet Ozdemir star together in Cilek Kokusu.

Yusuf Cim Is A Member Of