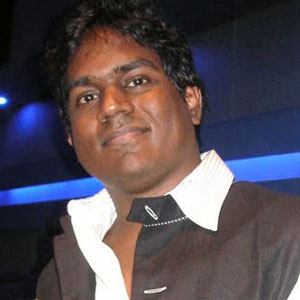 Award-winning Tamil and Telugu film composer who focused on creating unique and interesting soundtracks and scores.

He became a part of the industry almost immediately after having composed his first film score for the movie "Aravindhan" when he was just 16 years old.

He received the Filmfare Award for Best Music Director for his work on the film "7G Rainbow Colony" in 2004. He was just 25 years old, which made him the youngest recipient of the prize up to that time.

His father was prolific film composer Ilaiyaraaja. He married Sujaya Chandran in 2005, then Dr.Eshwar Rao in 2008, and his third wife Shilpa Mohan in 2011.

He and James Horner were both among the world's most successful film composers.

Yuvan Shankar Raja Is A Member Of