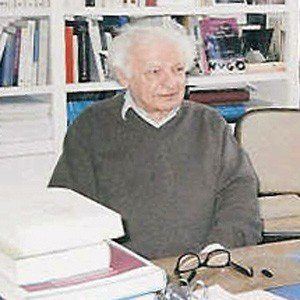 French poet and author who published his career-launching work, Du mouvement et de l'immobilite de Douve, in 1953. He also translated the works of William Shakespeare from English to French.

He studied philosophy and mathematics at the Sorbonne in Paris before traveling throughout Europe and the United States to study art history.

His poetic works are marked by stark language, sensuality, and a sense of longing.

He was the Tours-born son of a French railroad worker and a schoolteacher.

Yves Bonnefoy Is A Member Of