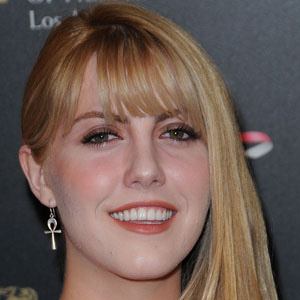 She played Daisy Carter on The Young and the Restless and later played Miss Elkridge in Iron Man 3.

She made her first professional appearance at age five with a small role on the television show E.R.

Her two older sisters, Madeline and Vanessa, are also actresses.

Her parents are Dennis and Marie Zima, and she has two older sisters.

Her first major role was on the hit TV show ER, which was produced by Michael Crichton.

Yvonne Zima Is A Member Of