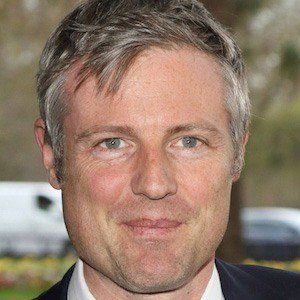 Affiliated with the Conservative Party of the United Kingdom, this British politician began his parliamentary career in 2010 as a representative of the Richmond Park constituency. Also a journalist, he spent nearly a decade editing an environmental publication called The Ecologist.

After attending several different independent schools, he traveled abroad and eventually secured employment with the International Society for Ecology and Culture (headquartered in California, U.S.A.).

His publications include a nonfiction work titled The Constant Economy and chapters of another work called We Are One: A Celebration of Tribal Peoples.

His first marriage -- to fellow environmental activist Sheherazade Goldsmith -- resulted in daughters named Thyra and Uma and a son named James. He later wed Alice Miranda Rothschild (of the Rothschild banking dynasty), with whom he had a fourth child, Dolly.

During his childhood years, he developed an interest in nature and the environment after reading the work of the British naturalist Gerald Durrell.

Zac Goldsmith Is A Member Of