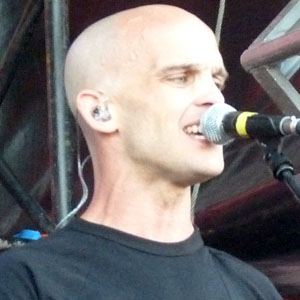 Musician most famous for being the lead guitarist and backup vocalist for the hard rock band Rise Against. He has also been featured on recordings by bands like GWAR and Hagfish.

He was originally a member of the punk band Only Crime before joining Rise Against.

He performed with GWAR under the pseudonym Flattus Maximus from 1999 to 2002.

His brother, Doni Blair, began performing as the bassist for the band The Toadies in 2008.

He became bandmates in Rise Against with singer Tim McIlrath in 2007.

Zach Blair Is A Member Of