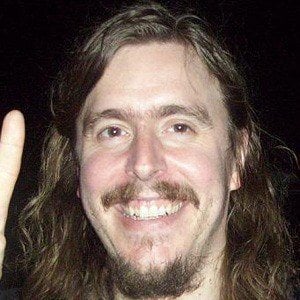 He toured with his own metal band, which he created at the age of fourteen and left two years after.

Guitar World ranked him #42 among the top 100 greatest heavy metal guitarists of all time.

Like Vegard Tveitan, he has appeared as a guest in an episode of the Adult Swim show Metalocalypse.

Mikael Akerfeldt Is A Member Of