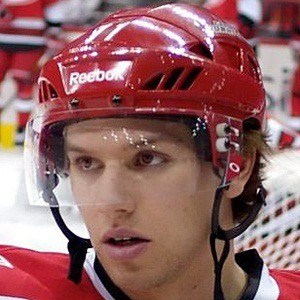 Canadian professional hockey player known for playing for the Russian team Sibir Novosibirsk of the Kontinental Hockey League. He previously played for the Carolina Hurricanes, Pittsburgh Penguins, and Nashville Predators.

He began his junior hockey career in 2005 as a member of the WHL's Lethbridge Hurricanes.

A member of the Canadian junior national team, he twice took the gold at the IIHF World U20 Championship in 2008 and 2009.

He has a twin sister, Corissa, who is an internationally renowned trampolinist.

He began his professional career as a member of the Carolina Hurricanes where he played alongside then-captain Rod Brind'Amour.

Zach Boychuk Is A Member Of