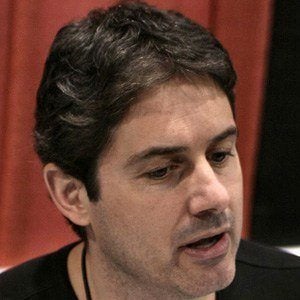 He played Billy Peltzer in the Gremlins film franchise. His role as Sheriff Fowler in the 2013 film, Hatchet 3, bolstered his fame.

He graduated from Columbia University before earning his first acting role in 1984's Gremlins.

He played roles in the horror fantasy films Waxwork and Waxwork II: Lost in Time.

He was married to Ling Ingerick from 2005 until 2010. He has a sister named Jessica.

He acted alongside a young Katherine Heigl in the 1997 film Prince Valiant.

Zach Galligan Is A Member Of