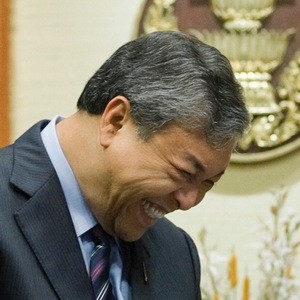 Malaysian politician who has gained fame as a politician. He became the acting President of the United Malaysia National Organization in May 2018.

He previously served as a Senator and chairman of Bank Simpanan National before becoming head of the UMNO's youth wing.

Before getting involved in politics he worked as a banker for OCBC.

He replaced Najib Razak as the President of the United Malays National Organization.

Zahid Hamidi Is A Member Of