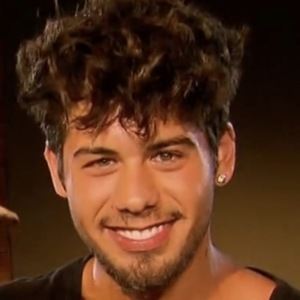 Brazilian singer who became known from for his romantic singles such as "No Me Toca," "You and I" and "Longing for You." He has accumulated a strong fan base on his YouTube channel, Zé Felipe, with over 4.6 million subscribers as well as a whopping 811 million combined views.

He was taught how to play the guitar by his father in 2009, and didn't start pursuing music seriously until 2013.

His hit song "No Me Toca" won a Gold ABPD award.

He grew up listening to his father and uncle who were the musical duo known as Leandro e Leonardo. He traveled with his father on tour for three years singing, acting and playing guitar. He and Virgínia Fonseca are currently awaiting the arrival of their first child together.

He has collaborated with singer Ludmilla on his single "No Me Toca."

Zé Felipe Is A Member Of