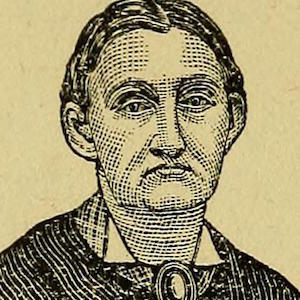 Mother of Jesse James and Frank James who would would charge money after her son's death and give tours to visitors wanting to see the farm that Jesse grew up on.

She was raised by her paternal grandfather after her father broke his neck in a riding accident.

She attended a Catholic girls school as a child.

She married three times and had eight children.

She was portrayed by Ann Doran in the ABC television series The Legend of Jesse James.

Zerelda James Is A Member Of