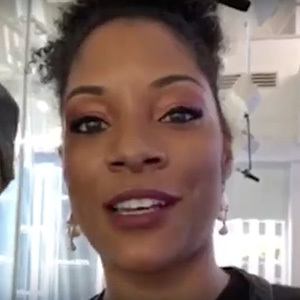 She started her career in politics in 2008 when she worked as a field organized for the Barack Obama presidential campaign. She then gained attention from her Twitter account and was featured in the New York Times and TIME Magazine's lists of Best Twitter Feeds to Follow in 2012. She later started working as Director of Progressive Media for the 2016 Hillary Clinton campaign.

In addition to her radio and television commentary, she is also known for her written work and has published pieces in several outlets such as The Washington Post, JET Magazine, The American Prospect, and the Huffington Post.

She shared a photo with her mother through Instagram in May of 2019.

She is known for having interviewed Hillary Clinton for the Sirius XM program Progress Town Hall in September of 2017.

Zerlina Maxwell Is A Member Of