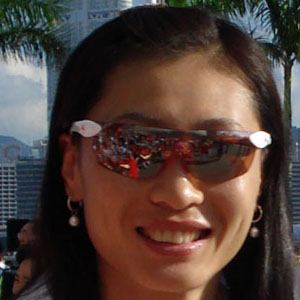 Chinese badminton player and two-time Olympic gold medalist, she won gold in 2004 and in 2008 in the women's singles event.

She won her first gold medal in international competition at the 2003 World Championships.

She announced her retirement after the 2008 Olympics where she won her second straight gold medal in the singles competition.

She won gold in the 2008 Olympics where swimmer Michael Phelps won an amazing eight golds.

Zhang Ning Is A Member Of