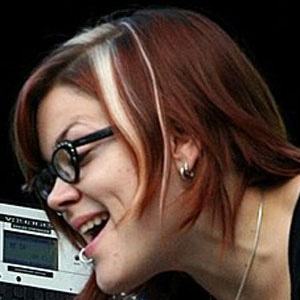 Alternative rock keyboardist best known for her lengthy career with The Dandy Warhols.

She joined The Dandy Warhols in 1995 without having any previous music experience, except for a beginning guitar class in college that she took for fun.

She modeled for the SuicideGirls pin-up brand, posing nude while pregnant.

She married Travis Hendricks on October 7, 2001. They had a daughter named Matilda Louise, and she worked right up until delivery, recording Odditorium or Warlords of Mars a week before Matilda Louise was born.

She was recruited in part by Courtney Taylor-Taylor , co-founder, lead singer, and guitarist of The Dandy Warhols.

Zia McCabe Is A Member Of